I have been on travels a bit this week, firstly work took me down to Bath so I took the opportunity of visiting the Bristol/Avon area group of the Scalefour Society.  They meet weekly (I think) and tend to rotate around different venues – in this case they were at Paul Townsend’s for a visit to his layout Highbridge for a bit of a running session.

There seemed to be a preponderance of things called diesel hydraulics; not too sure what they are: 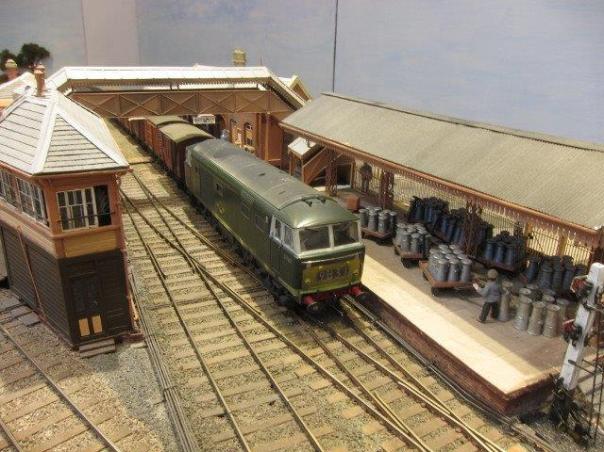 But there was some more sophisticated trains there:

Highbridge is a good layout, based on the station of that name.  This was where the S&D cross the GW main line from Bristol to Exeter which it did on the level as the two lines passed under a bridge.  It resulted in some rather complicated trackwork which is very model-able; even if there is some of the wrong type of green……… 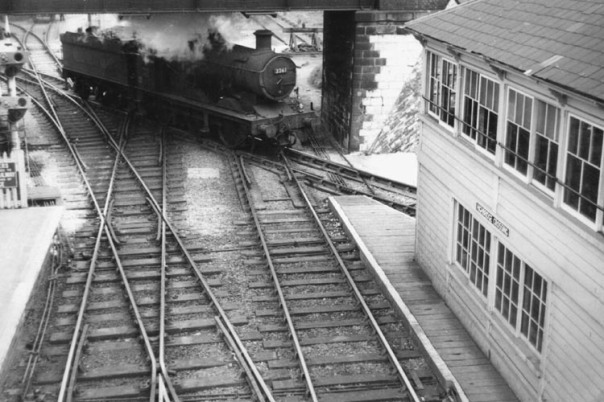 It is a well modelled layout as this shows:

If perhaps a bit spoilt on the night by my mo.  Being done for prostrate cancer charity; so if you are feeling like this is a good cause then make a donation here

Thanks to Gordon Ashton and Tim Venton for the photos.