Being a little alternative (a.k.a. railway enthusiast), when it comes to preparing for a friend’s nuptials, the flesh pots of some poor unsuspecting city do not come up to scratch. Instead, when Chris (of OTCM) decides to have a stag trip, he chooses to go around a grimy steelworks – well you wouldn’t you? 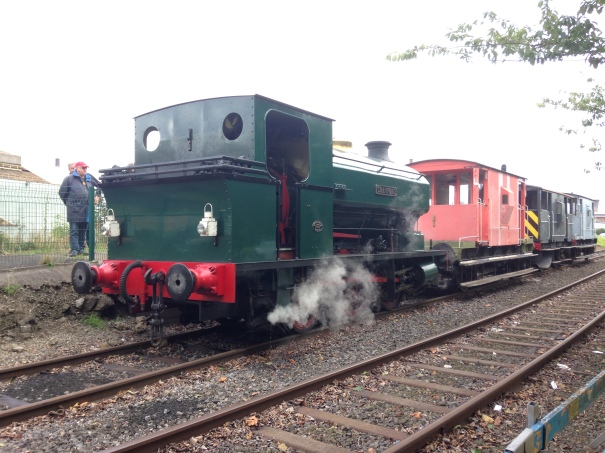 In this case, we went to Scunthorpe Steelworks where there is not only a substantial private railway (the largest in the UK, I beleive) but also an active preservation movement that operates on the system.  This is the Appleby Frodingham Railway Preservation Society and they operate public services many weekends during the summer months and also charter trains throughout the year.  For quite a moderate sum of money (if there are 15+ of you), you can have a private train take you around the majority of the network. 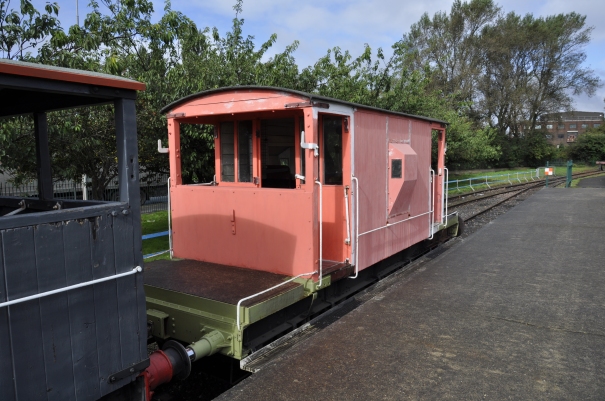 As you can see, first class is not an option for the tour but then it really would not have been fun if it were.  Foolishly, we felt it was not right to fire up the stove in the van; the others in their van did and given how chilly it was they were the smart ones! 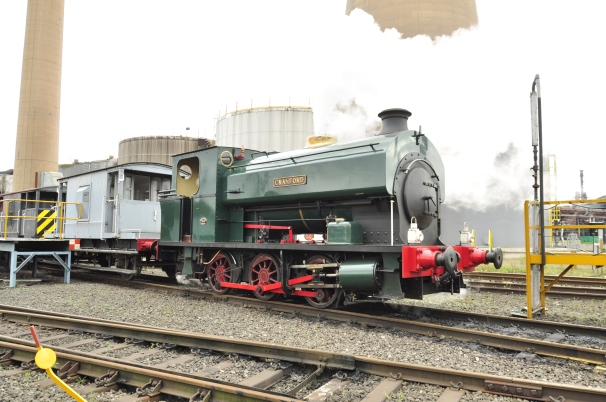 Our steed for the day was an Avonside 0-6-0 T which was one of two steam locos “in ticket” at present; the other being a rather pretty little Peckett, although its ticket runs out early next year so get there quick if you do want to see it in action. 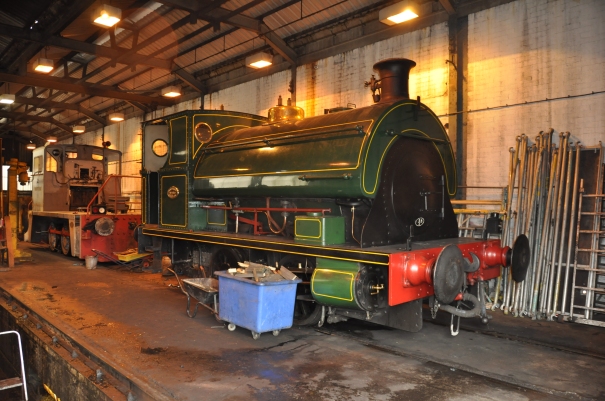 The society also have a number diesels including this rather claggy Yorkshire Engine Co Janus which fumed us out when we were allowed to open the throttle in the shed, as you can see! 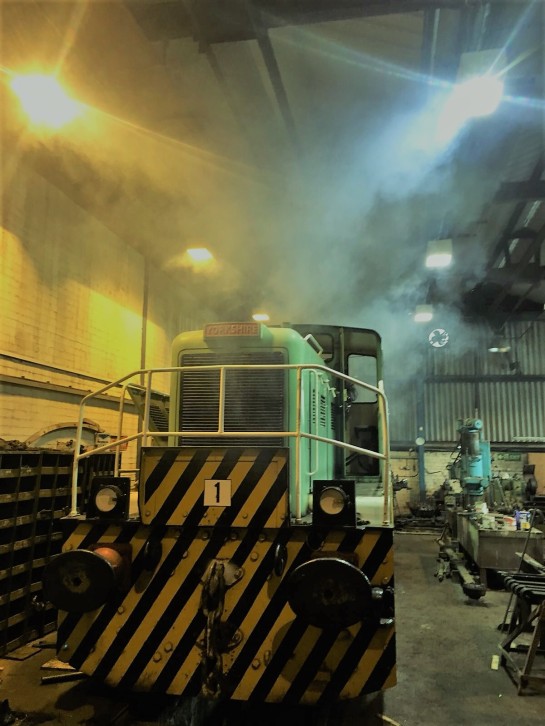 However, when out on the steelworks lines, these have to dodge the steel company’s quite numerous trains which are typically hauled by these – ex Norwegian Di 8’s.  These had been delivered to NSB in the mid 1990’s but found to be under-powered and a little prone to catching fire.  So when their traffic flows changed, they were sold for use at the steelworks her in the UK.  Most are still in use, although a couple have been cannibalised for spares to the number is reducing. 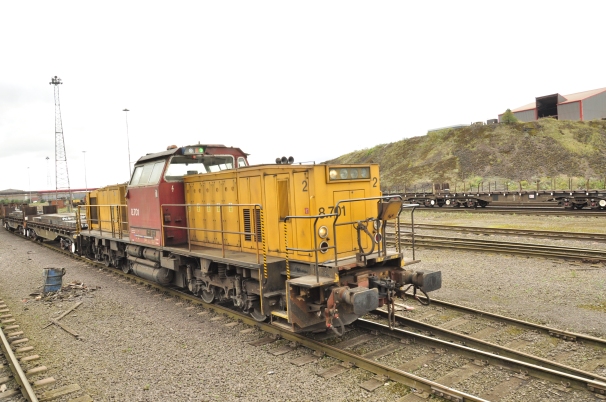 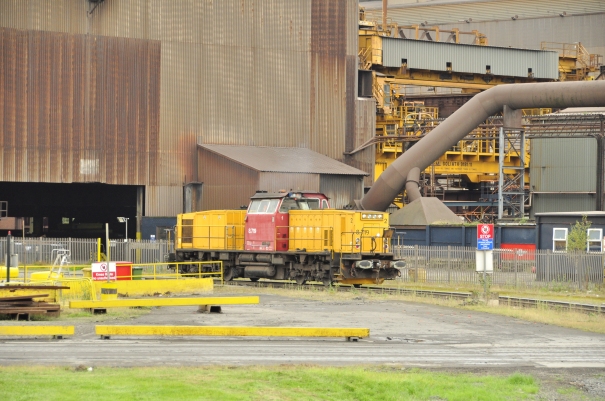 The system is most extensive, amounting to over 100 miles of track and winds its way around furnaces, rolling mills, a coking plant, slag heaps and very extensive sidings.  There was enough route mileage to keep us amused for the greater part of the day. 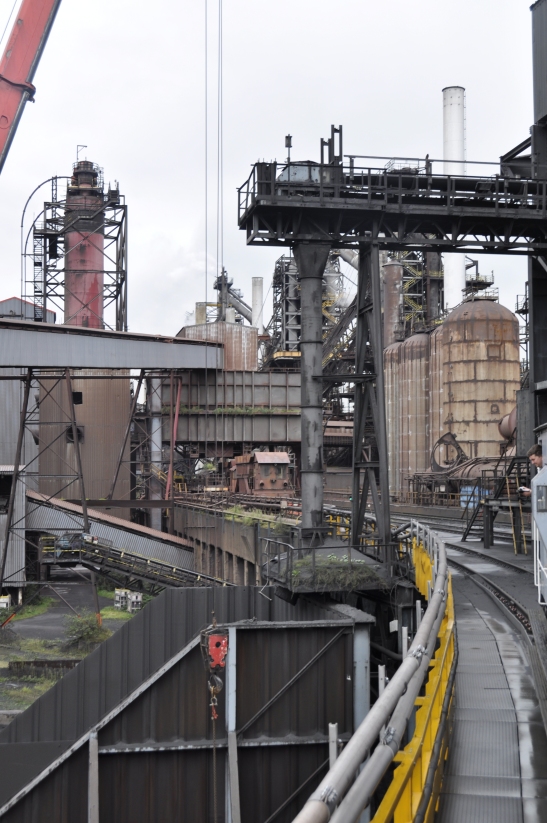 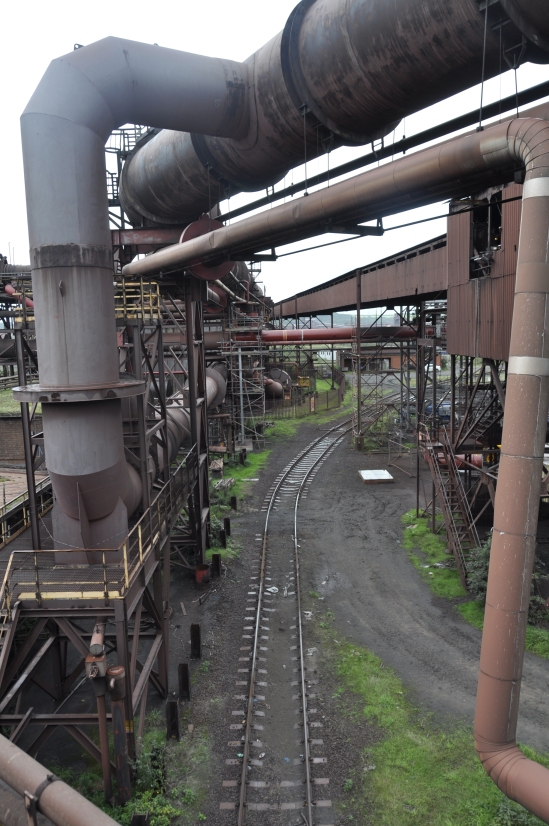 A steelworks is not the sort of place that is on my day to day circuit, so it was fascinating to see such iconic structures as the blast furnaces.  There are four at Scunthorpe, all named after english queens, although presently only two are in production. 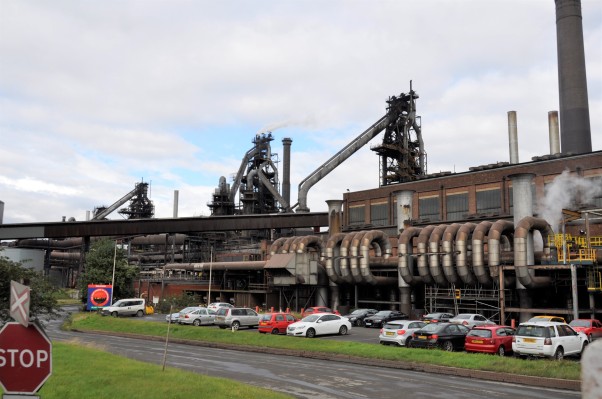 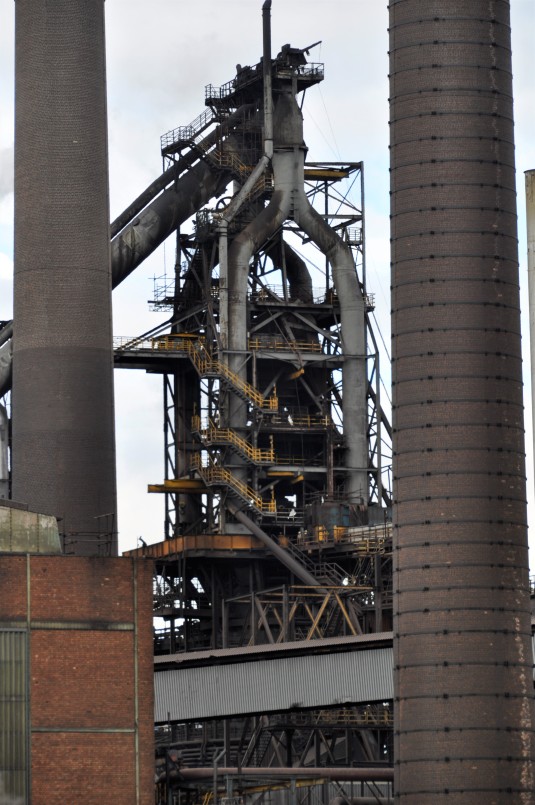 The steelworks is very much still in production – evidenced by how hot the torpedo slag wagons or those that were carrying fresh ingots.  The heat haze coming off them does not show in the pictures but you could really warm your hands as you passed them at 40 feet away! 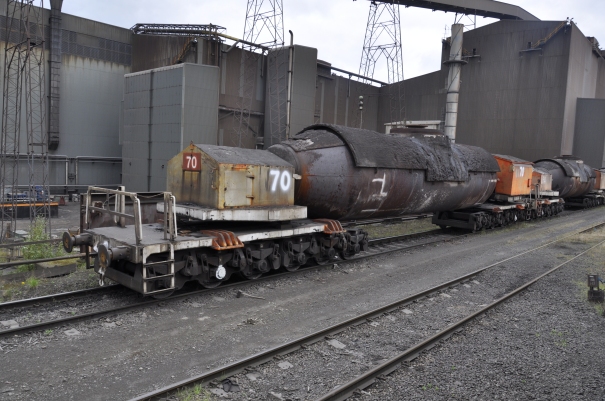 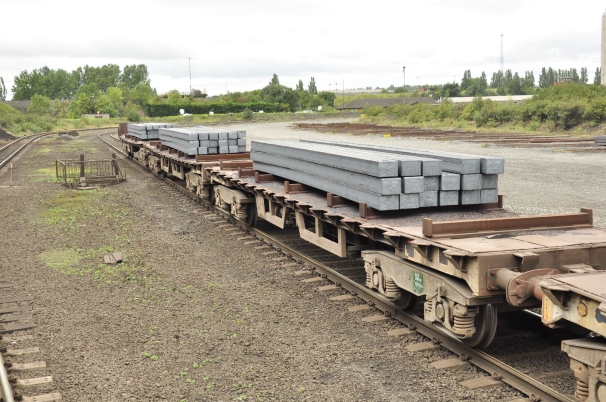 The trip is well worth the effort to do; even if you don’t have a stag to take along with you.

And besides, Scunnie is not too far from Sheffield were there are the city flesh pots if you want a combined outing – and if we did, that isn’t going to make it onto this blog!