A Return Ticket to Buckingham – Part 3, the Automatic Crispin

Peter Denny’s Buckingham branch was very much an operational layout; for many years Peter’s children – Stephen and Crispin – were his chief assistant operators.  However, as his children grew up they weren’t always available and Peter found himself operating short-handed.   He found this frustrating as the need to cover the missing person interfered with the remainder of the operators.

This provoked the creation of the Automatic Crispin, one of the more famous parts of the layout.  Long before the use of DCC, micro-processors or automatic shuttles, this was an electromechanical computer – and very ingenious (and mind bogglingly complicated) it is too.  This was designed by Peter’s other son – Stephen – and took the place of Crispin to operate a portion of the layout automaticaly, in response to requests and commands from the other operators.

The heart of the system are a pair of disks and a paper chart with holes in it; all powered by motors and the enivitable mechano!  The disks contain a series of metal studs or runners, each of which is connected to either the bell, the block instrument, the track or turnout relays.  Running across these were a series of wiper blades of brass that connected power to the studs or runner as required. 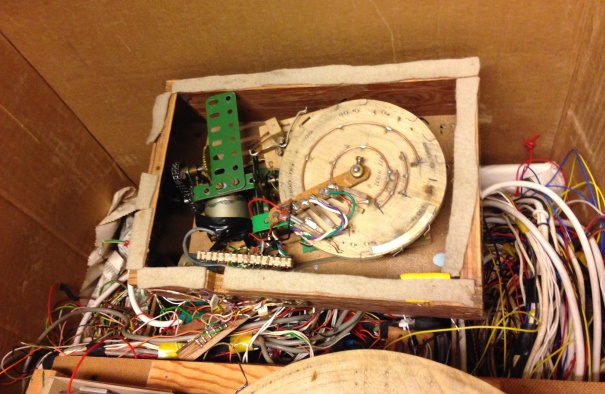 The operation of the disk was initiated by Grandborough Jct’s signalman.  As he sends a bell code, this sends a pulse of power to initiate the motor to rotate the disks or the paper chart on one segment; this first segment sends power to activate a bell code reply (each stud giving a ping).  When this is answered by Grandborough Jct, in addition to acknowledging the offering forward of a train with a further bell code, it sets the block instrument.  The acknowledgement of the latter being the next command to operate the correct route into the fiddle yard and power up the track in order to allow the train to arrive.  The arriving train would hit a dead portion of track at the end of the fiddle yard to stop it running away, but in the process would send the “train out of section” bell code back to Grandborough Jct to allow the line to be cleared. 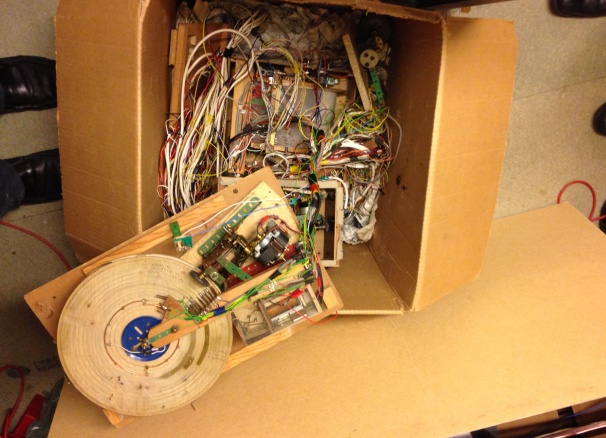 The story always told by Peter was that the Automatic Crispin was required when the real Crispin went to University but I think it is time to share with the world that this was a white lie.  Crispin’s more prosaic explanation was that he had discovered girls at the time and all of a sudden, playing with Daddy’s trainset didn’t seem quite so interesting…….

As can be seen in the pictures, at present the Automatic Crispin is presently in bits, but is all beleived to be complete.  It is part of Tony’s master plan to reassemble this; its orignator Stephen is apparently up for assisting to, so who knows?

To conclude the last of these three posts on Buckingham Central, a few photographs and to give you a chance to see the Automatic Crispen in action, take a look at this link to the BBC News article on Peter’s death and some video from circa 1980 of the layout – enjoy!

It is fair to say that Peter Bond and myself were not as proficient as Peter and his sons in this, sounds like we need some more practise Peter…….. 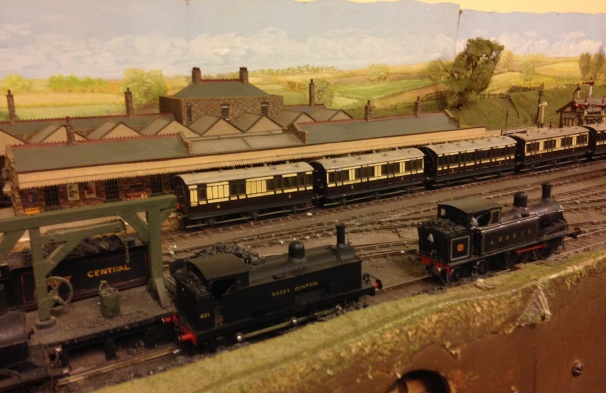 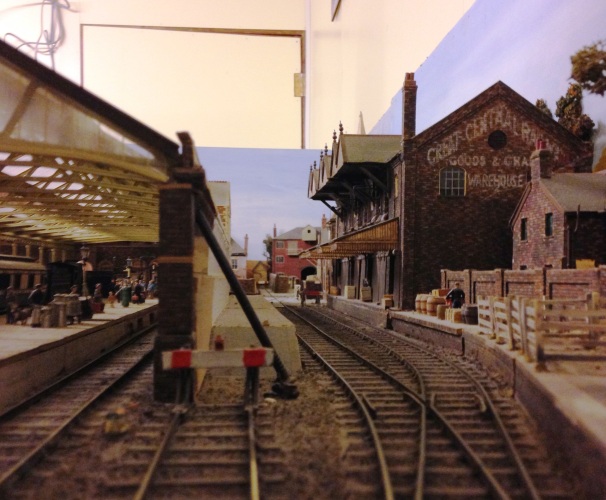 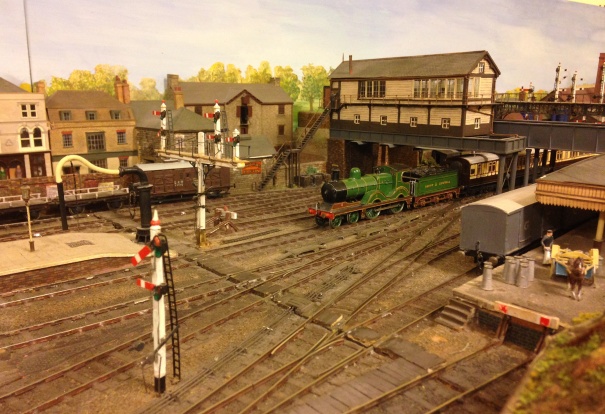