Last week I was able to visit Richard Chown’s house to have a play with Castle Rackrent at one of his operating sessions.

Castle Rackrent is both an individual layout and also a system; comprising a total of five stations, a harbour and a couple of fiddle yards.  It is based on Irish practise, so is all hand built to 5’3″ gauge.  Given that the layout is 7mm/1ft, it is pretty substantial and wraps around Richard’s basement a couple of times.  This creates the situation where it is somewhat of a challenge to know what is going on in any other location on the system – this does not matter as the stations communicate with each other via bell codes (well, only one adjacent station in our case due to a fault, so we adopted a version of the telegraph system known as shouting!).

It is fair to say, even with this and possibly due to some inexperience on my part, things still get chaotic.  We ended up with four of the six possible trains at our station at one point.  The normal controller Mr Summers was not in attendance fortunately, otherwise I sense some firm words might have been had…………  It was all good fun though and is not really a basis of operation I have experienced before, even though of course all it does is mimic the real thing.

Here are a few photographs; starting with the terminus and original station on the line, Castle Rackrent: 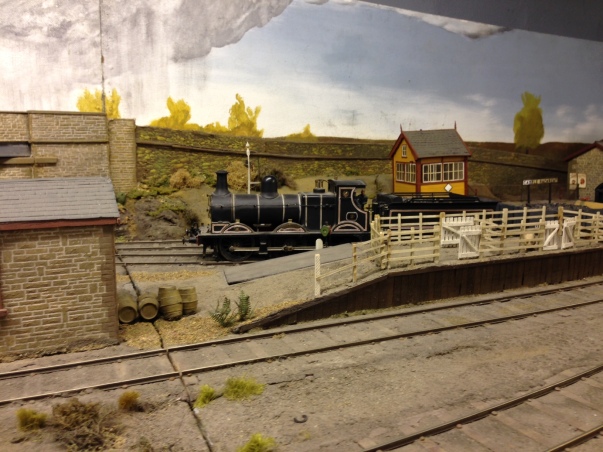 I spent my time (mostly successfully directed by Ian) at Moygraney, so here are rather more pictures of this station: 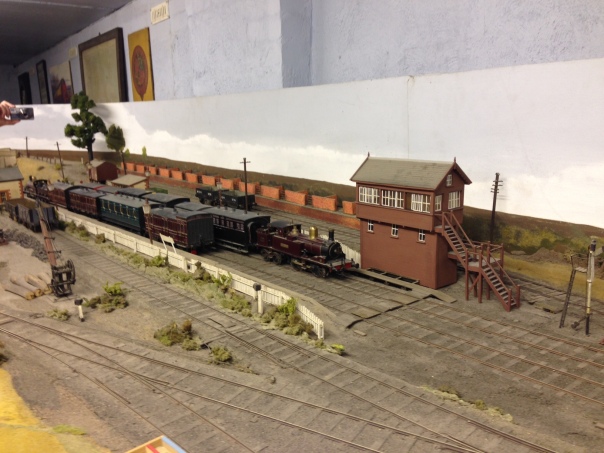 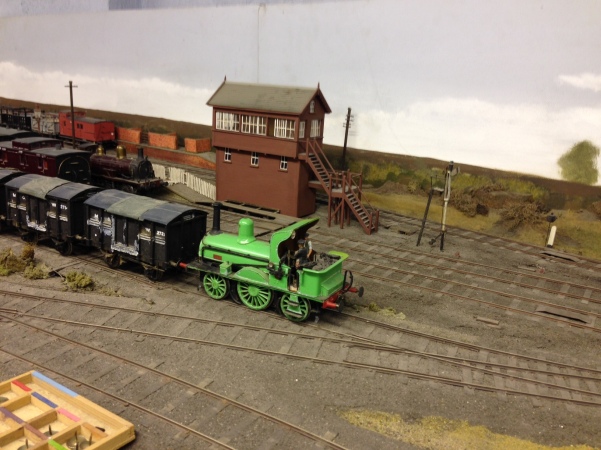 Immediately next to us was Mount Juliet Town):

It is worth noting the red tag on the rear of the brake van in the final picture above.  This is a form of tail light and one of the jobs of the signalman at each station is to check that the full train is there by checking that each train has a tail light.  The eagle eyed might also note a few coloured discs on the top of the wagons – these are a form of wagon label; each colour describing the station that the wagon is to be detached at.  It all adds to the the challenge of working the line.

The final two stations I have pictures of are Salruck Junction and Lisgoole:

And the reason for the title of this post?

Fortunately, this was not the last train to Castle Rackrent; which will no doubt please the show manager of the Perth show (where the layout will appear in June 14) but it is the last to Castle Rackrent in its present form.  Richard has in mind changing the arrangement of the layout and introducing another station.  So it was still a historical evening.