← Missenden Adventure – Part 2 the Others!
New Shoes for Some Old Friends →

In my last visit to the Highlands, I took my father up to almost the extremity or our island to Thurso.  The purpose of doing so was to mooch around portions of the Highland Railway north of Dingwall but also to drop in on Richard Doake.  Richard is a fellow follower of the Highland Railway and has a rather nice layout depicting a pair of the Far North line’s more interesting stations; Helmsdale and Thurso.

Although Richard has sought to use a large degree of ready to run stock, most of the infrastructure on his model has been scrachbuilt so that it captures the Highland flavour.  This includes signal boxes, goods sheds, water tanks and the like – the combined effect works as this is one of the most authentic feeling Highland layouts I have seen.

An overall view of the main part of Thurso.

The train shed is a reduced liength version of the real thing (which is still there for those that don’t know).  This view would have been a daily occurance in the late 1950s as a hiker concludes its long journey from Inverness with the Thurso portion of a Far North train. 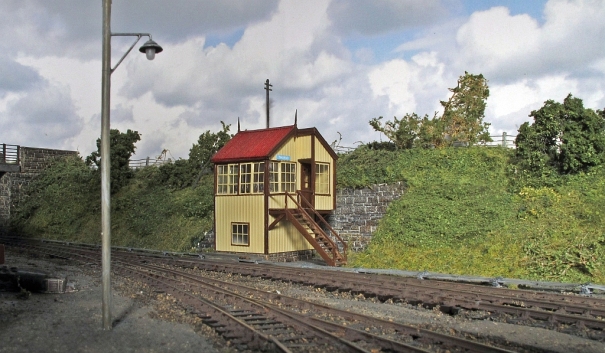 The signal cabin at the station throat.

A small ben, Ben Wyvis, does some shunting in Thurso’s yard.  This has been converted from a Hornby T9 with a replacement tender.  The wheels are in reality 6 inchs to big and the boiler is consequently too high, but I bet the Highland fans that read this didn’t notice until I told you?

The other station is Helmsdale and here we have the Hiker once again returning south. passing a typical Highland goods shed. 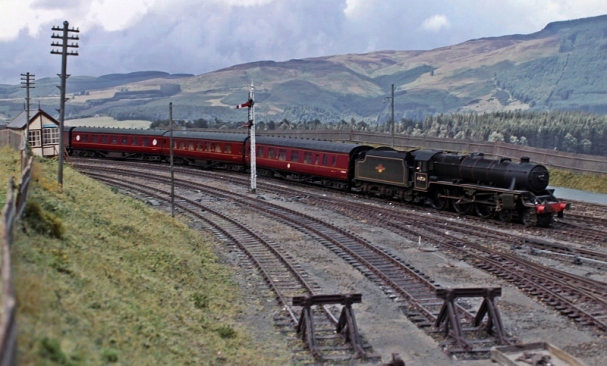 A Pickersgill on shed at Helmsdale, along with a pannier.  A pair of panniers were regularly found at Helmsdale in 1962 as they worked the Dornoch branch at this time following the failure of the last operational Highland locomotives, some small tanks. 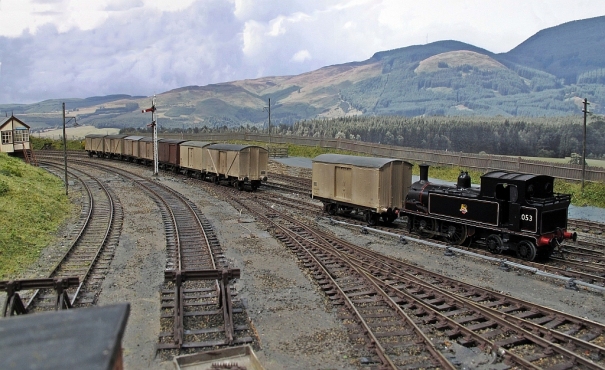 And here is an example of this tank – aptly named Passenger tanks as they specialised on lightly loaded trains on the short branchlines the Highland had a number of in their region.

Like on the Kyle line, van traffic was a big feature of the line and here we see a clan pull out northwards with a train of vans and non-passenger stock.  The eagle eyed will notice that the clan is in BR livery where in reality they did not last long enough to carry this.  Richard is quire relaxed about this as it enables him to include locos he fancies!

And a similar working heading south with the almost enivitable (for the real thing) black 5.

So thank you Richard for entertaining us and also for the use of your photographs – rather better than my own!

← Missenden Adventure – Part 2 the Others!
New Shoes for Some Old Friends →