← Couldn’t Have Done It Without………3
Seasons Greetings →

Catching up on a Tennant

Way back in the mist of time (well 2016), I made a start on one of Arthur Kimber’s kits for a NER 2-4-0; termed a Tennant.  After residing at the back of the cupboard for a bit too long (as is the way with my modelling, I do admire those that start something, see it neatly through to a finish before starting another……..!), I have made some more progress with it.

First up with the tender body which is close to finished except for some detailing around its front.

There was a bit of irritation in the building of this; despite being quite a modern kit the rear panel was much to narrow, the buffer beam a bit flimsy and there were some missing details around the front of the tender.  Nothing someone raised on Jidenco’s kits can’t sort, but I rather hoped it wouldn’t happen with a modern design!

I also found that the boiler was about 0.7mm too long; a degree of filing and fettling has got it fitted.   It is fair to say whilst there were these niggles, most of the rest of the kit is well designed and there are a number of neat facets to the kit, the flairs to the tender top for example are pre-rolled and they are very difficult to form without the right presses.

Here she is with the boiler now fitted and the first of the boiler fittings being attached.  Something that grates with me on many people’s models is where these do not sit down tightly on the boiler or have overly thick flanges onto the boiler.  Given that these are castings, it is understandable that these sometimes happen but they do damage the reality of the model and it pays to address these issues.  For this reason, I prefer to solder them in place and am prepared to attack them with a file both before and after they have been fitted.

This does create a problem of soldering the parts in place; they are quite chunky so need a lot of heat to solder them in place and it is difficult to move them about to get them in the right place when they are so hot.  I have just started to address this by drilling out the base of the boiler fitting and tapping it to take a 10BA bolt + washer.  This allows the the fitting to be moved about until it is in the right place and held tight with the bolt so that it can then be soldered.  I am pleased with this little trick; it definitely repays the effort and for the white metal castings, saves the risk of returning them to a blob of metal with too much heat!

One example of a Tennant is preserved, being situated at the Head of Steam Museum at North Road Darlington Station.  This has enabled me to take a good number of detailed shots but they are all rather close up they don’t really capture the prototype; so here is one from Neil Dimmer’s collection from the earlish 1920s, at (I think) York.  The thin nature of the flanges to the dome and chimney I comment on above can be seen in this. 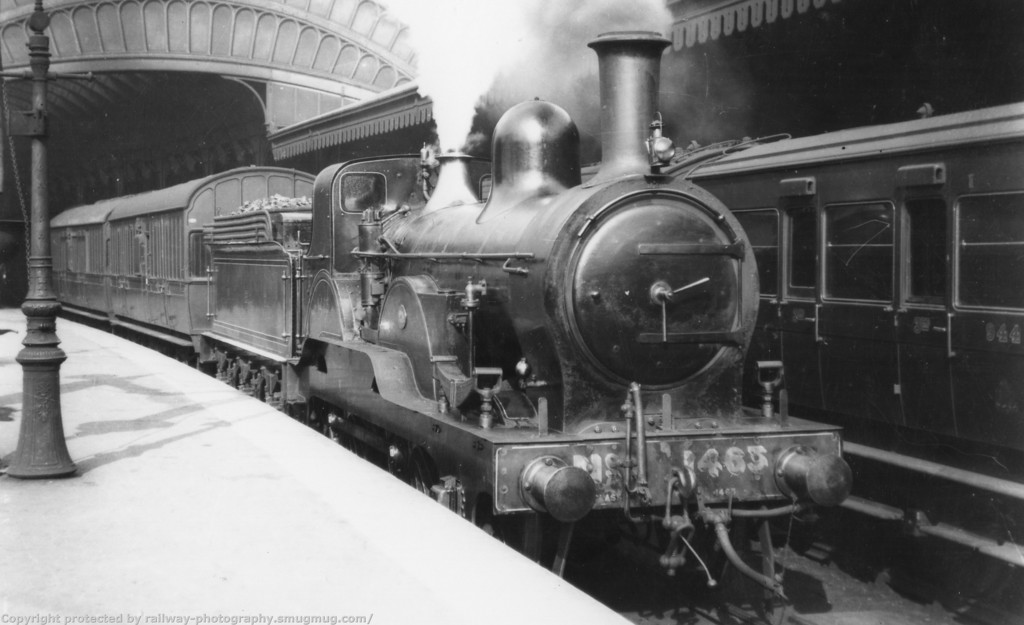 ← Couldn’t Have Done It Without………3
Seasons Greetings →