Golden July for the Highland

A little bit like buses, you wait for a long time for some interesting articles on the Highland Railway and all of a sudden we get two or three come along in the same issue – in this case the July edition of the Railway Modeller.  It is a veritable Highland-fest and is well worth buying as a result (no apologies for bias offered!). 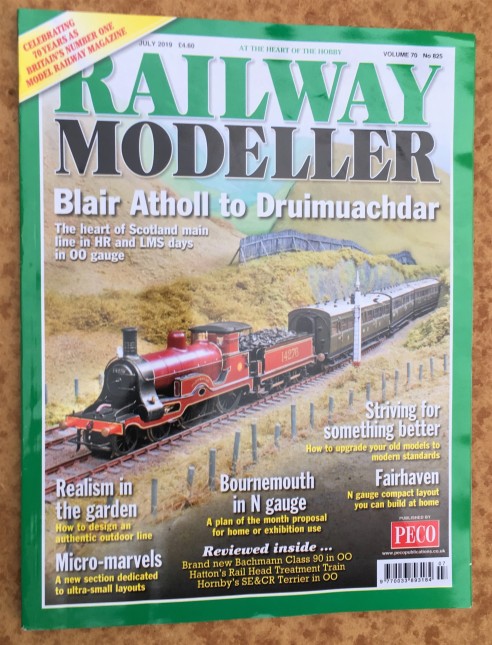 First up the layout of the month is Howard Geddes’ Blair Atholl and Druimuachdar.  His layout is a representation of Blair Atholl station along with its approach from the south and the line over the big hill (Druimuachdar as Howard describes it or present day Drumochter).   It is liberally illustrated with photographs of the layout and numerous Highland locos – these cover many of the Highland’s locos and also those of the LMS era.   Howard has written notes for each of the photographs to illustrate the historical context of the train, the loco of the scene to make this a bit more interesting than the average article in the model railway press.

So to emulate Howard, I can tell you that this is a Loch Class, number 127 Loch Garry taking water in front of Blair Atholl’s shed.  When built, these were the front line express engines but on the building of later locomotives, they were relegated to slightly less important tasks.  So this may well have come off a Blair Atholl local (the all stations stopping services from Perth terminated at Blair) or has just returned from piloting a train up the hill.

The other article of interest for the modeller of the Highland was by Peter Fletcher and was a review of his locomotive fleet for his EM gauge layout Croich (which is based on Tain shed).  As he says himself, the layout is really a vehicle to show off his loco fleet and it is fair to say it is fairly extensive  and covers the majority of the Highland types in existence in 1920.  The article also includes a reprint of a drawing for the small ben class of loco; hopefully a few people may be provoked into

Perhaps the most pleasant part of the two articles is how all but a couple of the locomotives have actually been built!   Oh that we see a bit more of this in the mainstream model railway press!

I don’t have any pictures of Peter’s layout so you will need to refer to July’s edition of the Railway Modeller or the March 2018 for the whole layout.  Howard has however provided me with a number of photographs of Blair Atholl that weren’t in the magazine to act as a tempter……….. 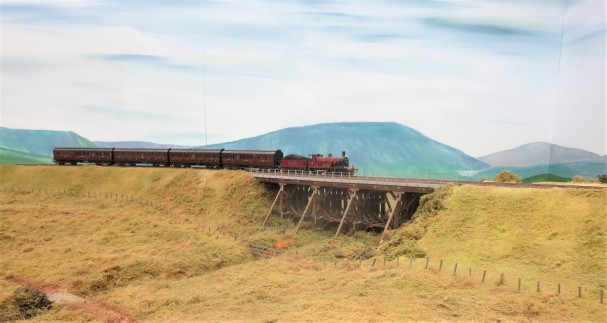 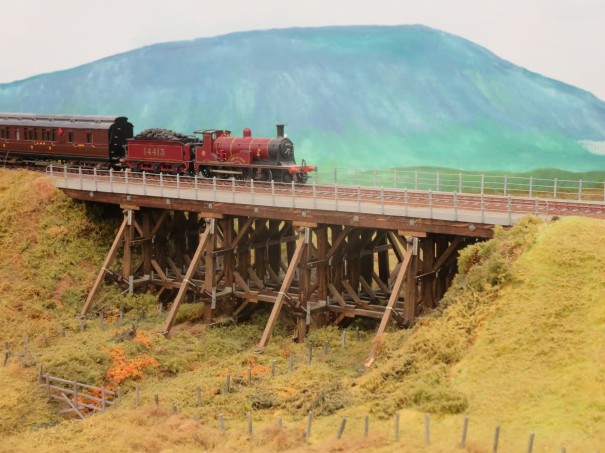 Wee Ben, no 14413, Ben Alligan crossing Howard’s model of Altnaslanach Viaduct (from just north of Moy, and still there albeit in structural terms now merely decoration to a steel replacement that is inserted within it).  It is the Highland’s locos in the LMS first livery that float my boat, so this is as good as it gets for me! 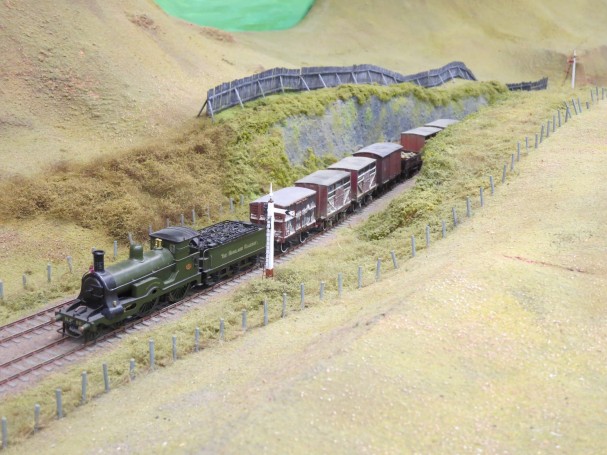 HR’s no 99 Glentromie, one of David Jones’ Strath class with some sheep and cattle wagons at the head of a mix freight train. 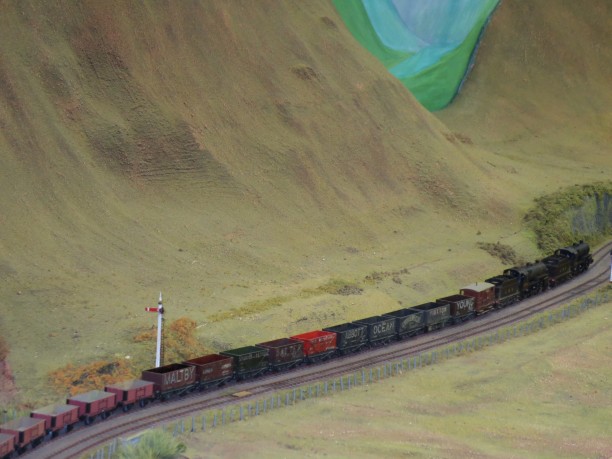 The premier locomotives on the Highland mainline between 1928 and the arrival of the Black 5s in 1934 were the Hughes Crab class – a locomotive that I find the brutishness of which very appealing (I have a couple in progress).  Here we have them hauling a freight train through the Druimuachdar portion of Howard’s layout – representing the summit of the line going through the wildness of the Grampian Mountains.  I was looking down on the scene only a fortnight ago from one of the adjacent munros looking at the really short HST sets now in use on the mainline! 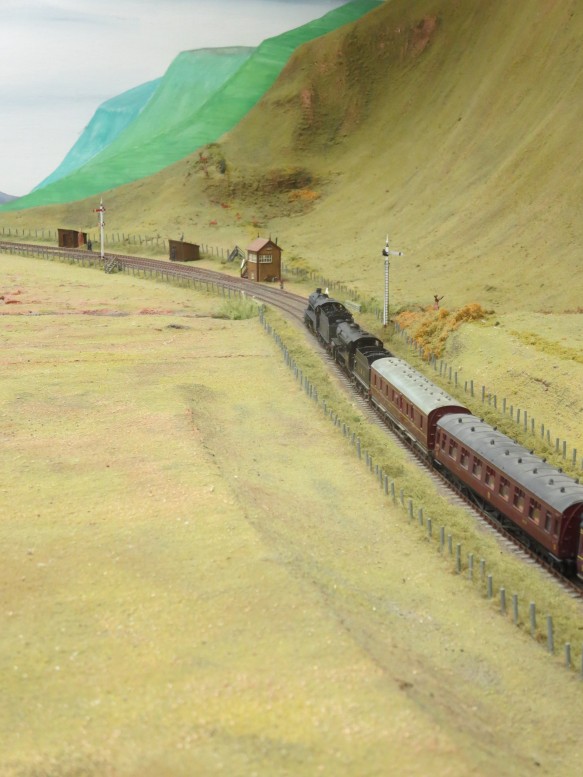 The Hughes crabs again on a more normal passenger travelling in the opposite (northwards) direction. 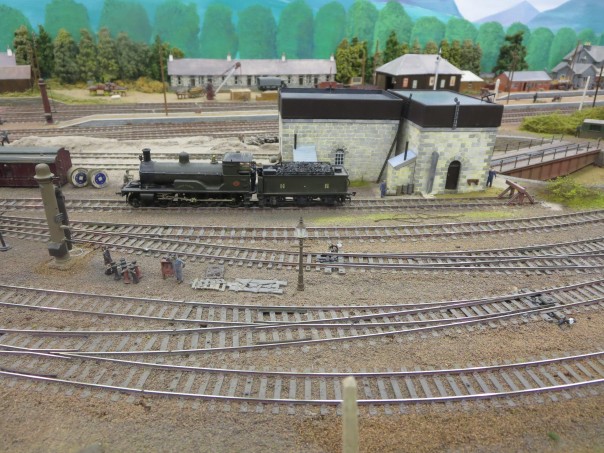 A vista across the MPD area of Blair Atholl with Loch Garry now taking a breather waiting for its next roster.

The final of the three buses is the announcement of the release of a Highland signal cabin by Peco, as per my previous post.