After Oly’s somewhat mischievous description of our trip to the Rail 2018 Modelspoor in Utrecht, I thought it might be worth taking a slightly more serious look at some of the layouts that will be unknown to most of the readers of this blog.  Thus, even though there were some fine UK based layouts, I won’t include pictures of these as I am presuming more will be familiar with them (and if you are not, get out there and visit them at a show!).

First up was a model of Montherme station in N gauge.  The real station is in the Ardennes and the railway really does come out of a tunnel, through a small station, across a river and back into another tunnel.  The builders have used N gauge to its full effect, the hillsides rise up 3 feet (although this does make the layout excessively low) and it is very much a layout in a landscape which I like.  It is based in northern France and the operators are very friendly, so if there are any brave show managers in the UK it could be realistically invited. 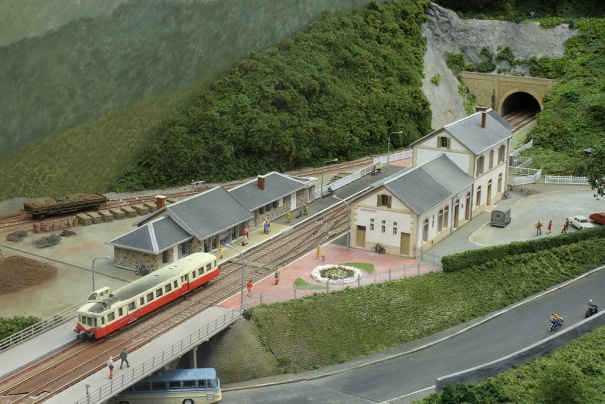 Regrettably I did not get the name of the following layout and ordinarily I don’t particularly like the steelworks/chemical works type of layouts as I find they are a bit contrived and consequently fake.  However, I thought this one was a rather nice example and when you homed in on the detail, rather than let yourself get overwhelmed by the whole there were some really nice touches to it.

The next layout was a very fine rendition of a small Dutch village scene with a tram running through it.  It was called Halt Tombroekstadt and whilst perhaps a little too neat, it was wonderfully modelled with lots of careful observations.  It was automated and this could be worked on as the tram was either one or off! 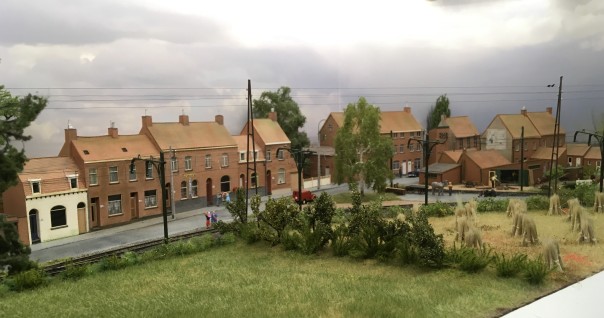 Last up was my favourite – a layout called Pocahontas Mining Co built by a group from Dusseldorf.  It was huge by most people’s standards and this enabled them to get full length coal trains on it without this looking silly – on occasions they had a double headed Norfolk & Western mallet with a similar banker at the back and that really was impressive to watch.  You could imagine the houses in the foreground literally shaking on their foundations as a the whole train trundled by,

A few years back, I harboured desires to do something Canadian Pacific and regularly used to peruse Model Railroader.  Pocahontas Mining reminded me of a number of the big basement layouts that so many Americans seemed to have – boy was I envious (indeed I still am!).

The layout had a number of great examples of modelling, just capturing the mundane and reminded me lots of O Winston Link’s photographs. 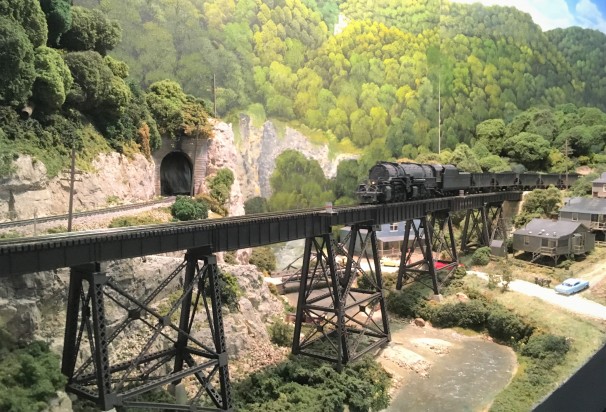 There were other very good layouts at the show but being one operator down and suffering from the tendency of my operators to either take the sit back form of management or engage any willing recipient into an in depth analysis of Scottish geography, there wasn’t time to photograph them all!