Best Work Trip Ever – Signals and a Sad Reprise

Following the tragic events in Sri Lanka recently, I pondered whether I would complete the intended final post of the series I had in mind.  I have concluded that I would primarily because the experience that I had of Sri Lanka and its people was so friendly and felt so safe.  So this post is my small bit of illustrating that Sri Lanka is not the country that was illustrated by the acts of a few deranged members of the population.

One of the joys of Sri Lanka’s railways is the retention of widespread railway relics from times past – in particular the signalling.  Whilst there are modernised sections, substantial sections are still firmly in the first half of last century with full semaphore signals, tablets and block sections.  Although a few arms have been removed, the bulk of the installations are still in situ and largely in use; so it is a bit of a cornucopia of signalling.  Here are a few of the signals that I saw: 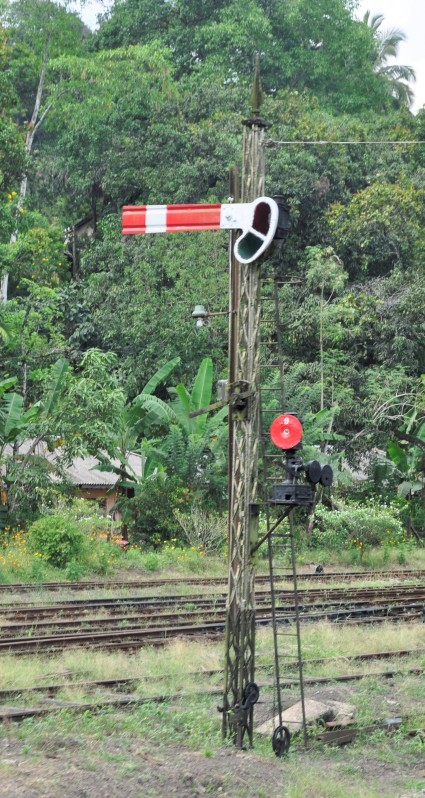 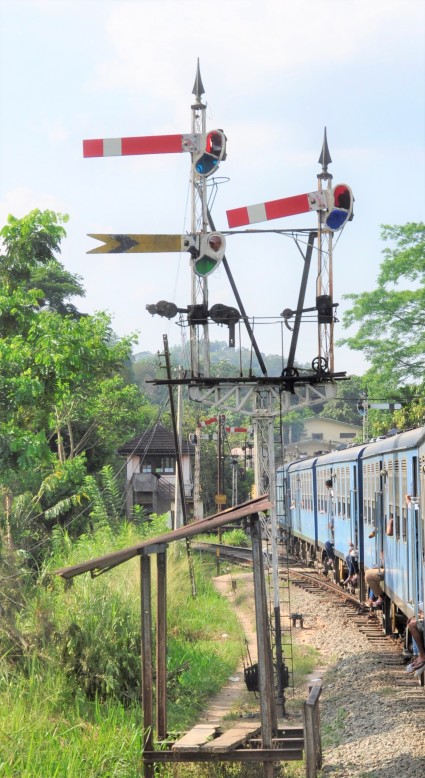 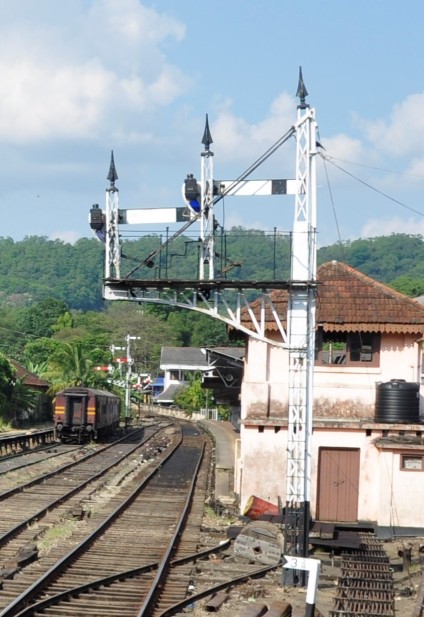 The signalling that I saw was all Saxby and Farmer – I only saw a couple of the lines in the country so it may be that there are other suppliers in evidence.  The ground signals were quite similar to the McKenzie & Holland equivalents and tended to come in batches – looking like sentinels from an episode of Dr Who! 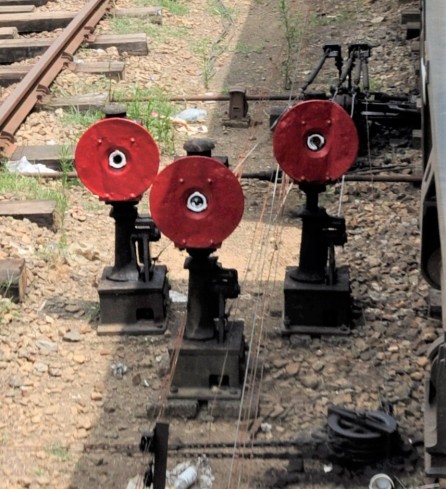 I thought the signal boxes looked decidedly home counties, although the rather shocking salmon pink wouldn’t have been found in Hertfordshire or Surrey I hazard! 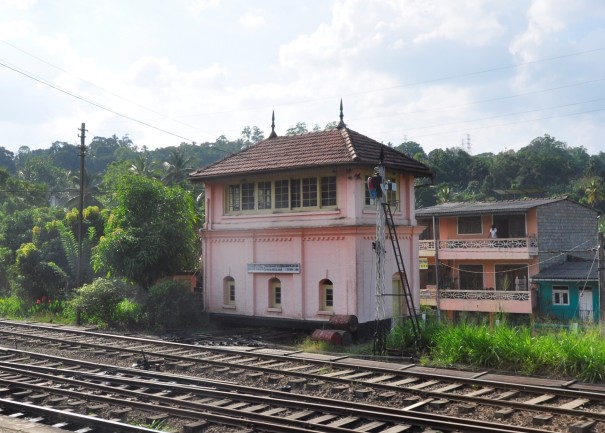 This is the inside of Kandy’s signal box.  Kandy is largely a terminus with the line from the Highlands and Columbo meeting here, along with a branch.  With five platform faces and only moderate amounts of sidings, it struck me as a perfect modelling track plan if anyone wants to have a go!  Here is the view from the steps of the box, along with the signalling diagram. 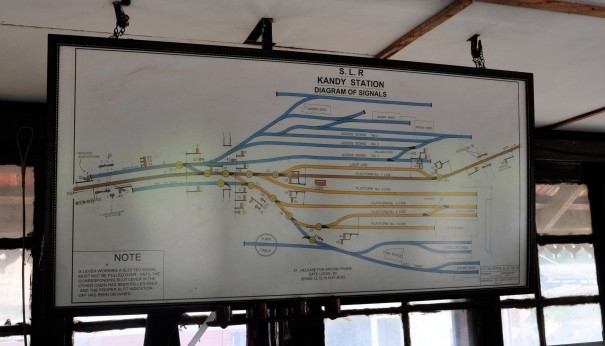 The approach to Kandy was in the process of being doubled when I visited, so I suspect that it will be resignalled with colour lights when this is done – so you had best get there soon if you want to see it like this…………. 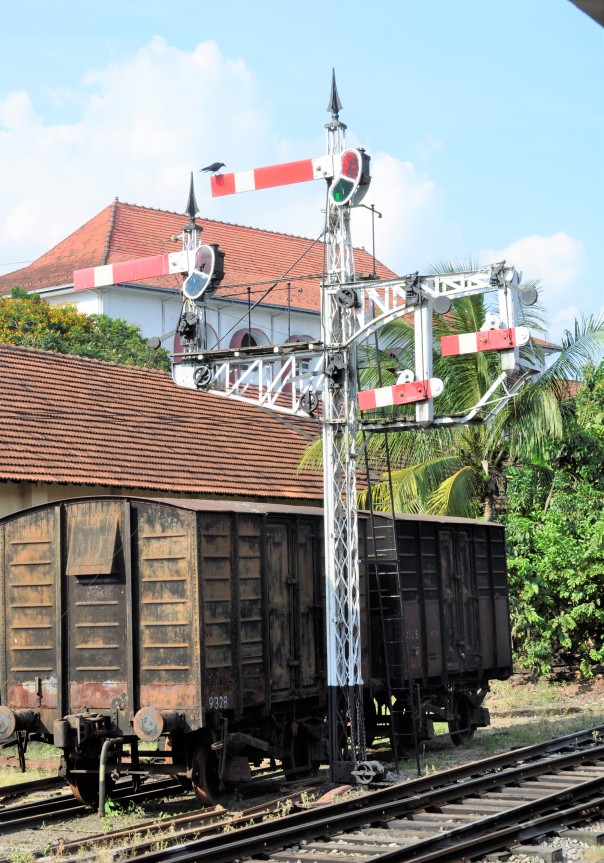