Best Work Trip Ever – now in the Hill Country

With plenty of justification, the most well known line in Sri Lanka is up into the hill country – from Kandy to either Elle or Badulla.   The line was constructed during the colonial era to reach what was then Sri Lanka’s most important economic asset, tea.  The hill country being famous for tea plantations – and there really are a lot of them!  The views below genuinely representative of long stretches of the line. 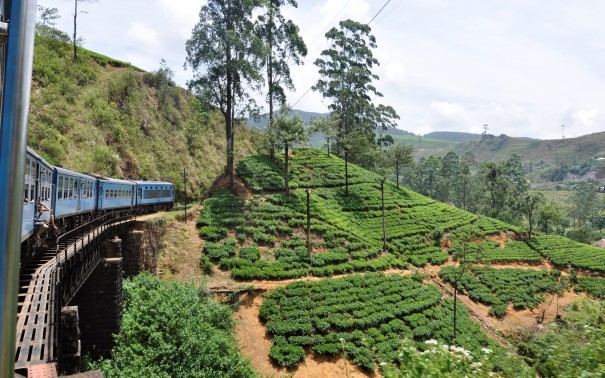 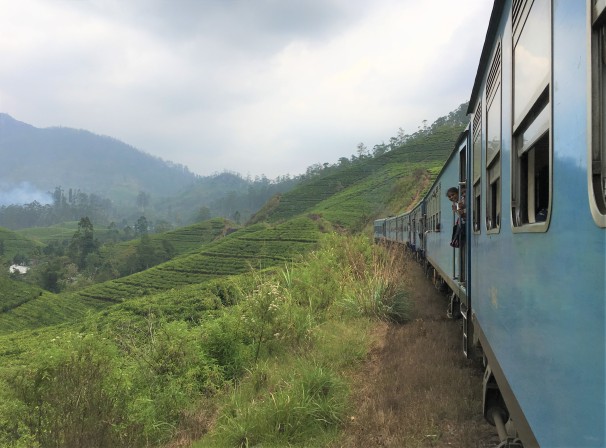 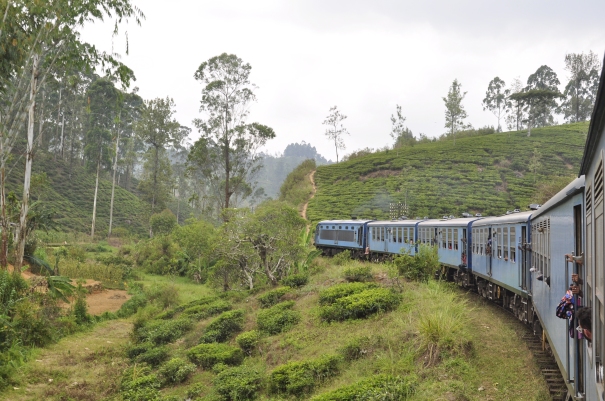 The line twists and winds through the hills often crossing from one side of the hill side to the other through a large number of tunnels.  At one portion, the line really was travelling along the top of a mountain ridge with steep slopes falling away to both sides. 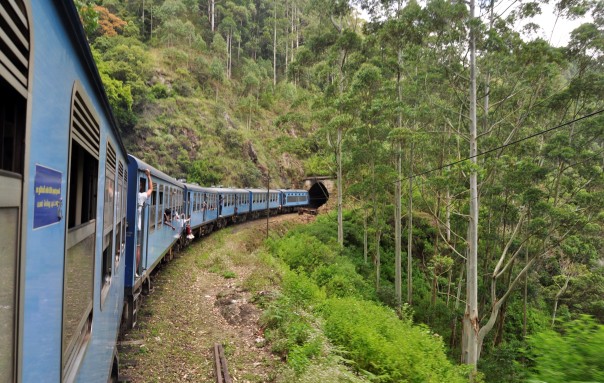 Sometimes tea pickets were visible and so too were tea factories, such as these ones.

There was a fairly significant amount of traffic on the line; we crossed or overtook around seven trains.  Some were headed by relatively modern sets such as the class S12 multiple unit set built in China that is in the video at the base of the post but there were also much older diesel units such as this class M5 dating from 1979 (and far from the oldest loco’s on the island!). 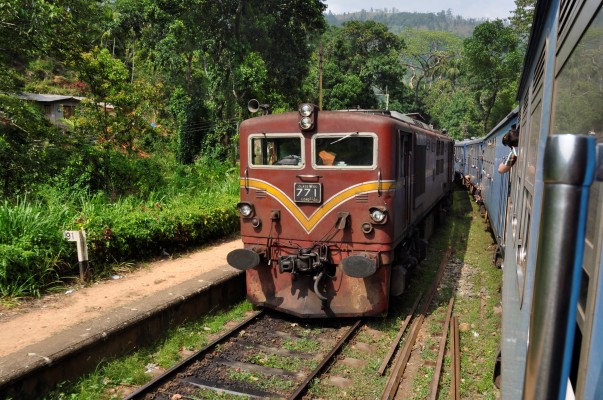 Besides the stunning scenery, probably the biggest thrill is the rather old fashioned (to a westerner anyway) attitude to riding on the trains.  Getting the best view of the line by literally hanging on like this was quite normal and I did it for hours.  Doing that in the UK would quite quickly get me a visit from the British Transport Police and a potentially a bit of a write up in the local paper!

Obviously, being in south asia, rules are largely there for breaking such as not bothering with the footbridge (or indeed road home).  This lot were getting the station staff quite agitated, the reason being a train was already visible in the near distance! 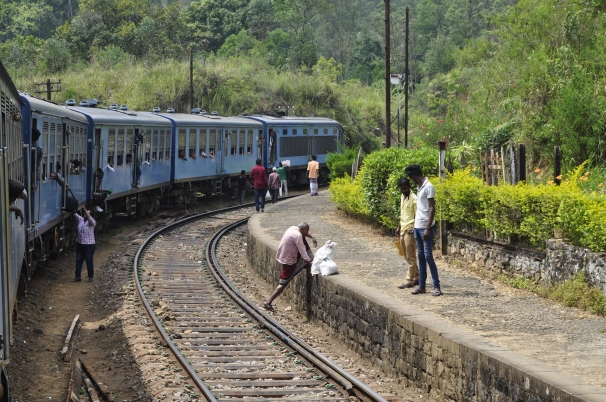 Sri Lankan railway staff are clearly very proud of their railway; the fella below was not unrepresentative of the station masters that lined every station – very dapper!

The hill country is relatively cool (being why the colonials decamped there in the summer months) but the line drops significantly by the time it reaches Kandy.  So much so, tea plantations give way to paddy fields and farm land – all still very lush, Sri Lanka being an island is notably more green than, say, nearby India. 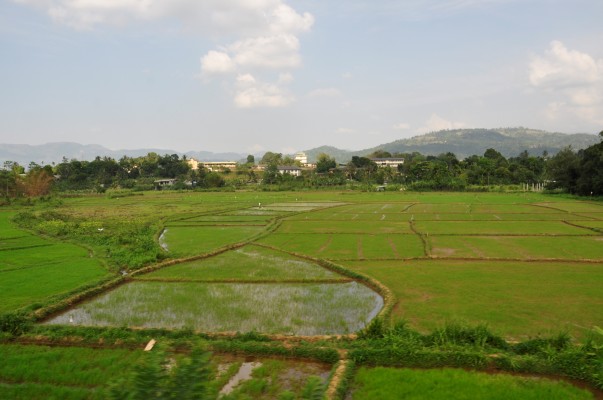 The train journey is hardly fast = my journey (from Elle to Kandy, so not quite the end of the line) took seven and a half hours which is about twice the duration of the equivalent bus journey.  But then, I would not have experienced one of the best train rides I have even had and all that for a heady £1.40 – plus I could have halved the cost if I had gone third class!

The modern DMUs are not nearly as exciting as the proper diesels (which do still appear on some trains, notably the overnight sleeper) and I wonder what it was like in the steam era?