In my travels, I have managed to blag an invite to see Bob How’s developing model of King’s Cross and portions of the Great Northern’s main line in north London.  This is depicted in the mid 1950’s when the pacifics still reigned supreme and there was a full mix of locals, semi-fast and express passengers, along with a modicum of freight on the metropolitan widened lines.

It is hardly surprising, given the magnitude of the layout, that this is still a work in progress but what has been built is largely operational and therefore playing of trains is a regular feature in the How household.  Given the location of the prototype, this means even the relatively short trains were 6 coaches in length and the full expresses upto 10.  All this is in P4 and includes various gradients/curves to allow the lines to cross each other, so it tests the haulage power of loco’s upto prototype levels! 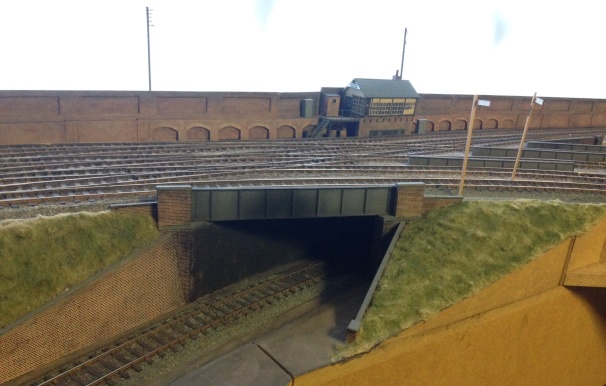 The more scenically finished portions of the layout are on the continuous run outer loop which comprises twin tracks to one side and four tracks to the other.  This culminates in a very impressive junction where the main line to Kings Cross joins and a dive under to give access to the fiddle yard passes below. 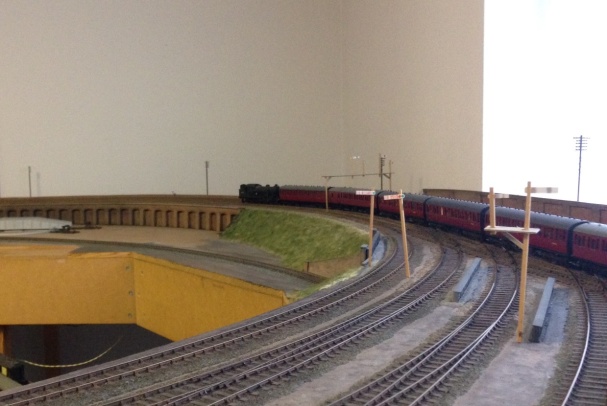 As can be seen, there is still lots of work to do to these areas, including the provision of signals but the impressive nature of the layout is immediately apparent.  But the real magnitude of the endeavour becomes apparent once a look at the terminus is made. 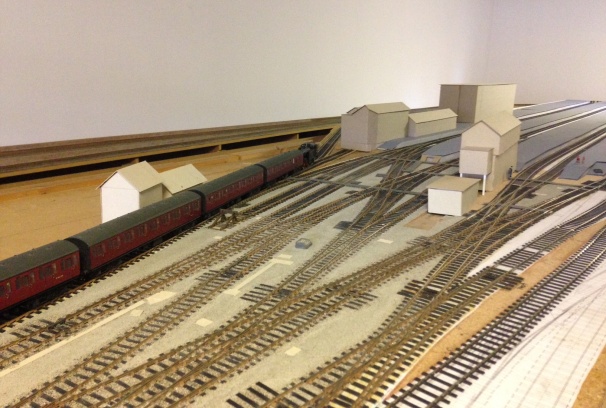 Even without any meaningfully completed elements of scenery, this is unmistakably Kings Cross that no doubt all of us are familiar with either from personal experience or photographs.  Just imagine what it will be like with the full trainshed and a batch of northbound trains waiting their due departure time? 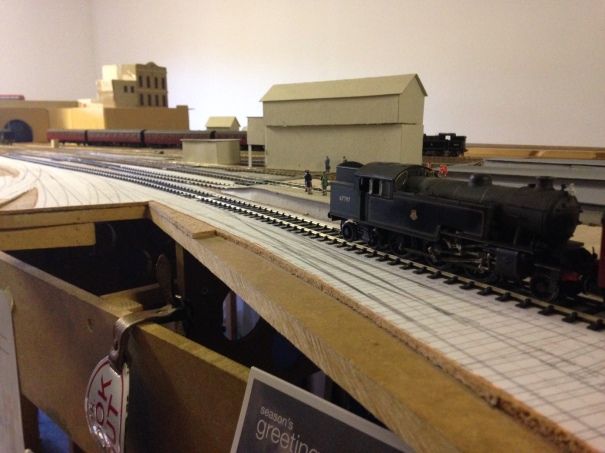 Bob’s intentions are to model the full station, including the MPD, the suburban station and milk depot; although at present these last areas are sill to be started.  It will be a monster when it is finished!  As you can see, even the fiddle yard is somewhat of a giant, although Bob was close to admitting that it is rather too small for the layout!

Apologies for the grainy photos, the layout lighting is a task still to be confronted and photography was pushing the camera to its limit!

You have some catching up to do Mr Hanson………….